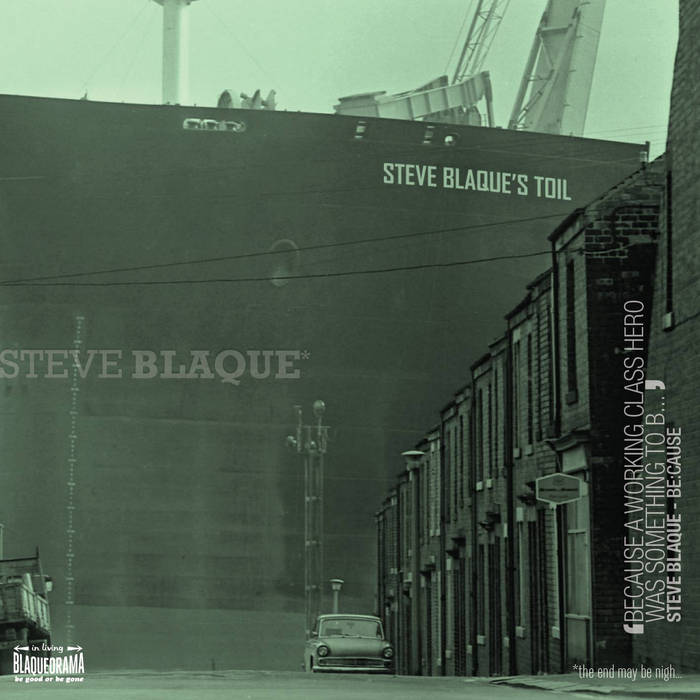 ToiL was born from the ongoing struggle of having to work for a living and try to compose and or perform music and to hopefully get better as time would pass by.

The album was originally meant to be released in 2016 and was to be one of two albums that I wanted to put out. ToiL being comprised of mostly cover songs from my live shows and the other being Bleak which would have been originals that had not hitherto been performed.

As much as is recorded here has been left off the album and will appear on other volumes that will come soon, most notably Blaque Daze and the aptly titled End Daze. There's no real timeline now given that 'it is what it is' and there's no guarantee on how much longer I've got left.

The philosophy behing this album was to record it clean and without click tracks and that vocals and guitar would be recorded in a way that emulated my live performances through the years from 2011 until 2016. It was to go further than BLaque Monday scratched the surface of. Again it was to be largely sans drums, since almost all of my live music was done in that way and this singlehandedly contributed to the 'no frills' style of guitar that I put forward.

While I mention record it clean, the meaning their is not in a literal sense, since there are numerous production affectations that I chose to leave in, for example guitar amplifier hiss (somewhat of a 'no no' in the modern digital recording world) and at the same time 'gaffs in vocals' where i'd perhaps missed a word or in fact sung the wrong word, were simply left in, because that's how live shows are. Sometimes they're perfect and sometimes they've got glitches. So while I said I wanted a clean album, the meaning really was a no frills album in terms of getting the songs started. As indicated a few times the tracks were all recorded live with vocals and guitar being recorded simultaneously.

The process of recording in this way puts so much strain on any overdubs since there's no time coding or set meter and when doing overdubs you're either doing them blind or looking at renderings of .wav files on Digital Audio Workstations aka DAWs. I can really feel that my early 1980's experience of working on open reel helped me here since a lot of those times were also done 'blind'. Doing the music in this way was an integral part of what I was trying to do, since when I played the songs live there was only that 'isolation' you feel on the stage when it all comes down to you and the instrument (or voice).

One other thing and something I mentioned a little earlier is that all tracks were performed live with guitar and vocal and all the original takes are still on the final recordings. This aspect makes the songs and the experience of ToiL more real for me, more satisfying in the sense that I feel I've given you (the people who listen) a live show.

I've included a lot of the songs from the early sessions (Feb 2016), but there are many as indicated that will be published at a later date. These songs all came from Steve BLaque or Blaque and Blunt or Charlotte Lowe shows from the aforementioned period. Some of those songs I was never the singer but took on the role to fulfill my plan of having these songs produced in a way that i was hearing them during those times.

Sitting on something for such a long time I was going stir crazy not putting it out to float through the world and the thought of it dying before it had that chance saddened me to the point that right now in March 2017 it's meant to go out.