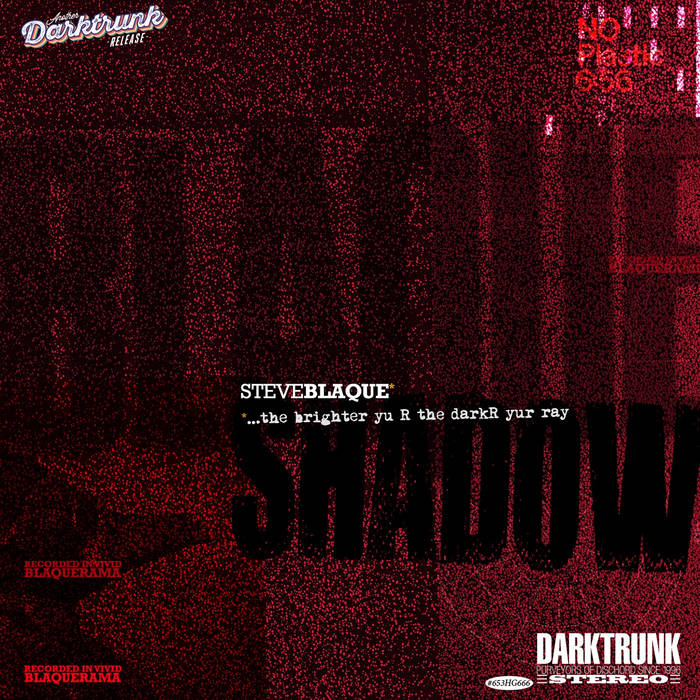 A black cloud exacting but an ounce
ominous and gloomy
n' yet  weakness or inferiority  exuded
from the inseparable companion.

Shadow wes conceived a few years back as an Album that I would like to release. Most likely it was hatched between me and Levan Stanes (Aka Levantine), maybe 2017 but not entirely sure. As things work for me there are always several projects going on at the same time both in recording and in live performance. it's a toss up which takes ascendancy over time and so sometimes the 'best laid plans of mice and men'

It's truly an albatros removed to get this over the line. The songs span from january 2018 to June 2020. There have been huge obstacles related to insecurity of the studio in Beijing and its whole relocation to St Marys in Tasmania and this played heavily in the final stages of production, particularly the newer songs recorded in this year. Lack of instruments since they all sat on the docks was chief among the obstacles, but also considerable amounts of software and computer processing power alongside the studios main mixing board.

You all can take from it what you will. A lot of time went into the final mastering stage to ensure the levels were balanced and that ultimately if the genre appealed then hopefully a listening experience that leaves more positives than not.

I've no more to say. The songs are there.

Leigh Ryan for Musical advice and endless back on forth on the nature of recording, engineering, alongside musical contributions on Drums and Bass.
Levan Stanes on design and packaging of the whole 9 yards
New York Steve Cahn for ongoing support and numerous discussion on music and sport which serves and has served to keep me grounded throughout the whole process of making this album
Clyde Terry for years and years of support and understanding of what it is i'm trying to do, perhaps even when i didn't.
Various friends and work colleagues who know who they are for their valuable contributions in discussing the nature of trying to record alongside hold down a job in a very foreign country (albeit my home)