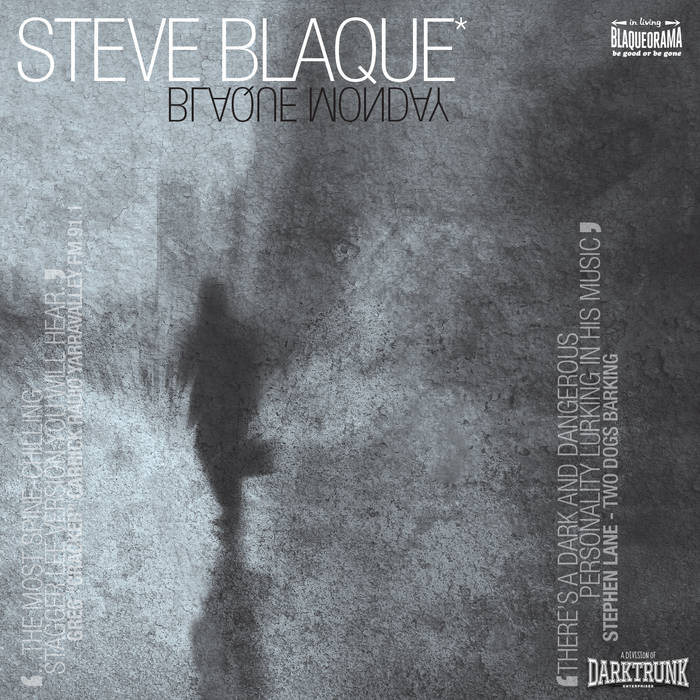 All recordings for this collection originated sometime in August of 2015. They were initially done as a reaction to the completion of my album of the same year, My Lair, and initially not intended for anything more than a memory.

By late September it became clear to me that these tracks ''were the sound'' I'd been attempting to capture in my live shows, but that all the usual shit was getting in the way. I'd been making albums in one style but definitely playing in a solo style and enjoying what I was doing. In shows as a solo performer in my style maybe sometimes it's not so easy to get across the sound that's actually in my head. But I was hearing it,(the sound) and hearing it more n' more in the shows I was doing. At times it would come to me in mid performance and from this feeling I wanted to make the album so that I could have it as a memory, sure, but as a memory of the performance of the songs in bars in Beijing. Perhaps also I wanted to give people a chance to hear what's going on inside my head.

So i recorded the songs live, just like I play them: live: straight up and with guitar n' voice goin' down the pipe. All of the songs got overdubs or retakes (only one or two songs received a retake and I think I outline this in the individual track comments), but essentially what is on the album went down in real time using my Burton or Amos guitar (the two cheapest guitars in my collection, but definitely having something that intrigued me) and my ISK BM5000 microphone. I recorded the pieces via a Zoom R8 and then edited inside Ableton Live 9, mainly because I like that software. If there was a need for pitch correction I chose to do that in Cubase, again mainly because I like that software...(hehe). All the songs were recorded at Forbidden City Studio in Beijing.

Along the way I was able to overdub certain parts and took the exercise much the same as I had chosen to do from my albums of 2014 and 2015, whereby I would listen a massive number of times and let the harmonics of each track speak to me. It was an interesting situation being without drums, but one that I found enormously enriching, especially since all my overdubs were achieved without time coding or 'beat mapping', so I had to rely on my own internal clock and marry that to whatever clock was happening at the time I recorded the original tracks.

Credits for the album are in place within individual tracks, but this was definitely a solo album and one that used little musical input from others, Having said that discussions with various people along the way helped me plan a little better or achieve better performance. I think I should point out that the material results from friends who recommend certain songs to me and on this album I feel I'm the beneficiary of this.

So if you were unable to get to any Steve BLaque shows and maybe you were curious, then this is what you would have got, sans the overdub.

As with my last two albums I believe the work is honest. It's been a ride and a half to get it to this level. I could do more, but I don't want to, I could do better, but then I am who I am. I am particularly proud of the fact that I didn't enslave myself to preconceptions of being modern, or rooted to any kind of commercial format or that I was conscious of an end listener, and nor did i choose to try to be someone who I'm not by trying to write a pop song for 13 year old's. But if younger people dig it... then more power to them i say n' that would be ways cool anyway.

There's a lot of people to be thankful for with respect this 'album of covers' (I learned more from covers than any original piece" Paul McCartney): Adopt. Adapt. Improve.

The World Premiere of the album at Yarravalley Radio 91.1 garnered comments like "BLaque Monday will thrill you and chill you. Do yourself a favour and shout yourself the album as a Christmas present." - Greg Carrick; The Bat Cave; YVFM 99.1 and "This is the most spine-chilling Stagger Lee version you will hear".

Thanks again to Plan B for their conceptual design also to Hugh Reed and Steve Cahn, both from Beijing and also from Beijing Chris Newbery and Mei Qi Gao and alongside them Jack Rizzotti and Julian Tavilin for working with me in a very difficult time and helping me build a better working environment at Forbidden City Studio.

There's a girl called Kaladonia Cairnz and she has ridden all the bumps on this album, and I'd say has helped me keep going on it when it might have been easier to walk away.

Artists who had their work covered for this album include the following and Steve BLaque thanks each performer, or band, for songs that have given him a purpose behind living and shitloads of good time listening.